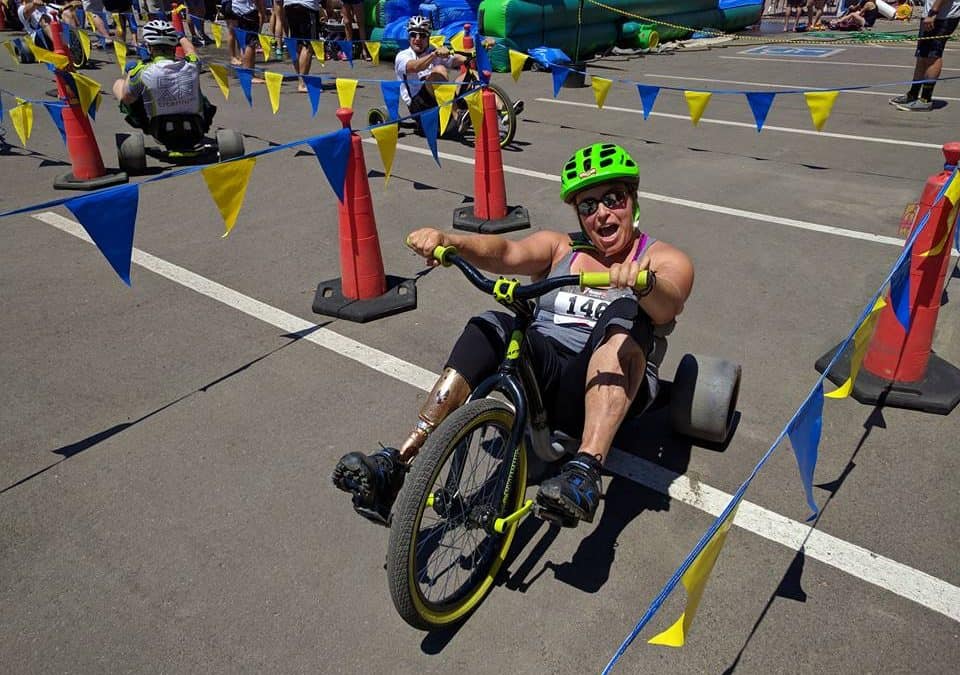 In some ways, the ME of 4 years ago was quite different to the person I am today. 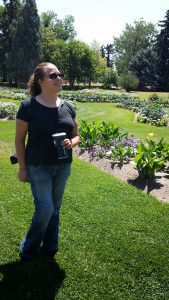 To the casual observer, I was simply a woman walking down the street, lost in her own world, but to me, I was fiercely focused on walking.  I could hear the slight tap, thunk, tap, thunk, of first my human leg (as I’d call it) and then my prosthetic limb striking the ground, and that difference was unacceptable.  I would concentrate on my gait, following through from heel to toe until I could hear the difference diminish and I’d smile with a flush of success.  There was an odd sense of accomplishment that I’d get when I could achieve “looking normal”. Knowing that no-one could tell that I was missing my right foot and chunks of my left leg, made me feel strong, made me feel like even though the terrorists who had pipe bombed the restaurant I was working at years before had succeeded in damaging me, I was in control.  There were even some people that I had known for years who had no idea about my leg damage. Conversely, when I was forced into a situation where my disability was made visible, I often felt powerless, on display, and diminished.  On the rare occasion, I’d feel daring and try something like wearing a skirt, but the blatant stares and awkwardness would effectively quash my few moments of enjoyment.

For most of my life, I was a big “solo exerciser”.  I’d go to gym, put in my headphones, workout, and leave.  Every so often, I would do a class but, frustratingly, I’d sometimes struggle with having my legs hidden.  For example, if I was wearing pants in a Zumba class and they did something I couldn’t do, like jump, I would internalize what I thought people were thinking of me, that I was lazy or unfit, because they had no idea of my limitations.

Then one day, I got to try out a recumbent trike and I fell in love with it.  I applied for a grant from the Challenged Athletes Foundation and was able to buy one of my very own.  Initially I’d tuck my pants into my shoes so that they wouldn’t get caught in the gears, then I signed up for my first event.  Now it seems laughably short at 6 miles, but back then it was the furthest I had ridden.  I wasn’t going to tuck my pants in for that long but I didn’t have any shorts so, on the morning of the race, I took scissors to them and made my own “pirate” style shorts. From then on, I only wore shorts when I rode. Then I took an intro to CrossFit and MoveNat class at Axistence Athletics and I loved it, but wearing my long pants was impractical when I was crawling around the gym or lunging, so from then on I only wore shorts when I went to CrossFit. 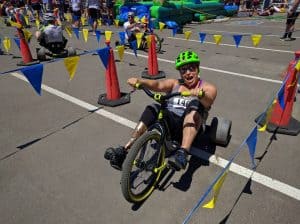 Now, I have more shorts than I have pants.  Now putting on shorts feels like adventure, like freedom, like athleticism, it feels like ME.  I am unencumbered and I don’t even notice that my legs are exposed.  My shorts let me do all the things I want to without holding me back.  I’m not afraid of my pants catching in my trike gears, or of tripping on them when I’m doing a farmer’s carry along a 2 x 4.  Now I wear shorts and I don’t notice the stares, I don’t think of what people think of me because I’m too busy enjoying BEING me.  So, it may seem like a small thing but it has so much meaning to me.

I wrote this blog for iamadaptive.  You can see it published here.