Meow Wolf is coming to Denver 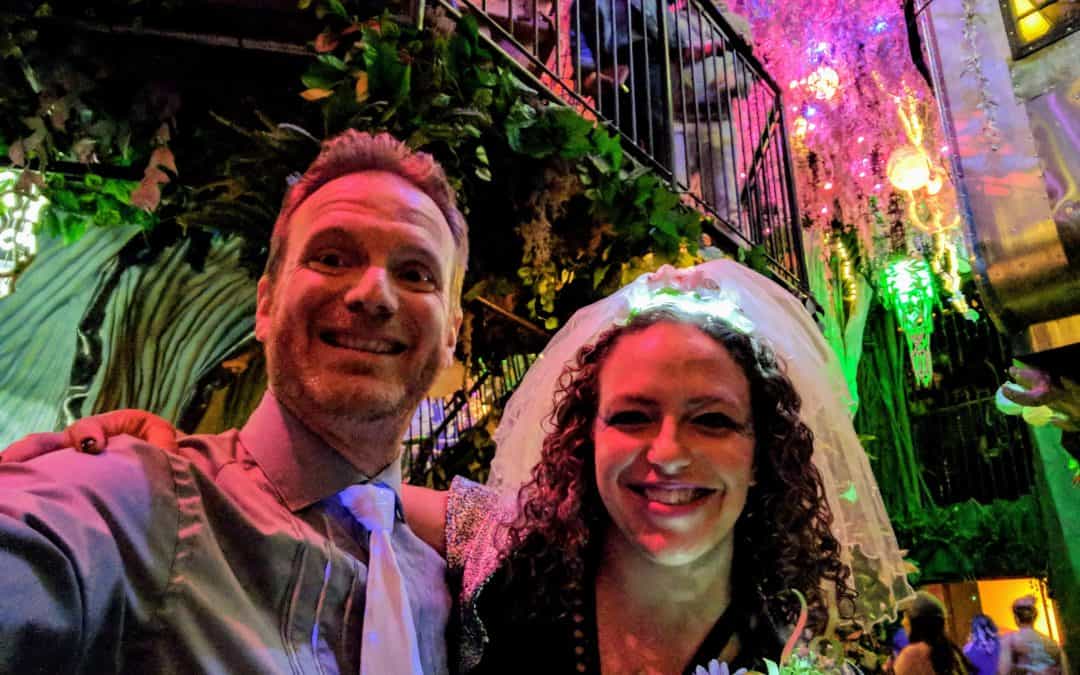 We are HUGE Meow Wolf fans and we couldn’t be more excited that Meow Wolf has decided to expand to Denver. What is Meow Wolf? It is an artist collective that provides workspaces and grants for artist, but most people know Meow Wolf for their permanent interactive art exhibit in Santa Fe, New Mexico.

We first learned about Meow Wolf while driving back from the International Balloon Fiesta in October 2016. We figured we would have brunch in Santa Fe and explore downtown. Before we reached Santa Fe, we saw a billboard with the Meow Wolf logo. Meow Wolf is a strange combo of words and the billboard gave no indication about what Meow Wolf meant. Liv immediately Googled it and found out some details. As she read the description, we both figured it sound interesting enough to check it out.

We got to Meow Wolf about 5 minutes before they opened. There were about 40 people in line to get in that Sunday morning. We were surprised that it seemed so popular. We bought our ticket, and then hesitated for a moment. We actually asked the person at the counter what we were suppose to do. She just said, “Go in through that door. There is a short video, but once you watch that, just go explore. Go touch everything. Look at everything. I suggest starting with the mailbox.”

We still felt a bit confused but we went in anyway. We opened the door to the exhibit to be confronted with an old house. Sure enough there was a mailbox in front of the house. We read the card in the mailbox that sorta setup the premise of the exhibit/mystery. I won’t go into any more detail because I think it is best left unknown until your first trip inside the House of Eternal Return.

We roamed and explored the House for almost 3 hours. We knew we had to get back on the road, but we knew he hadn’t spent enough time there. Almost immediately, we began looking for an opportunity to revisit Meow Wolf. Only a couple of months later, our favorite band, Itchy-O, announced they would be playing at Meow Wolf in March, 2017. Did I mention that Meow Wolf also contains a concert venue?

When March came around, we made the trip down to see Itchy-O perform and to spend more time exploring Meow Wolf. The concert was absolutely amazing and we loved seeing two of our favorite things in the world converge. Below is a video we made documenting our entire trip down to Santa Fe.

We still didn’t get enough of Meow Wolf on that trip, but It made us appreciate the venue and the organization even more. In June, we found out they were looking to expand and looking for a limited number of investors through a site called WeFunder. We couldn’t resist joining in and supporting Meow Wolf. Not only do they have a great facility to visit, they have workshops for local artist to use and they have funded art shows, workspaces, etc. throughout the US, including Denver.

We also decided to make Meow Wolf part of our memories in a more special way. In May, we got married. We did a non-traditional wedding and sorta made it into several celebrations – once in a private, small ceremony by a creek and waterfall, again that night at an Itchy-O show, and a third time with friends at our favorite local coffee shop. But we weren’t done yet! We wanted to include a dear friend that couldn’t make it to any of those ceremonies and we wanted to show him the wonder of Meow Wolf. So we planned another trip in July to Meow Wolf. We had our friend, Tony, perform another ceremony with us in the big tree at the center of Meow Wolf.

All of this has made Meow Wolf a cherished place and organization within our hearts. We are really excited that they will be building an even larger facility here in Denver. This morning, Liv already bought tickets for the first week that they open (in 2020!!!). It will become a special place that all of Colorado can be proud of and will enhance the art scene in Denver. In the meantime, we really need to plan another trip to Meow Wolf Santa Fe!!!