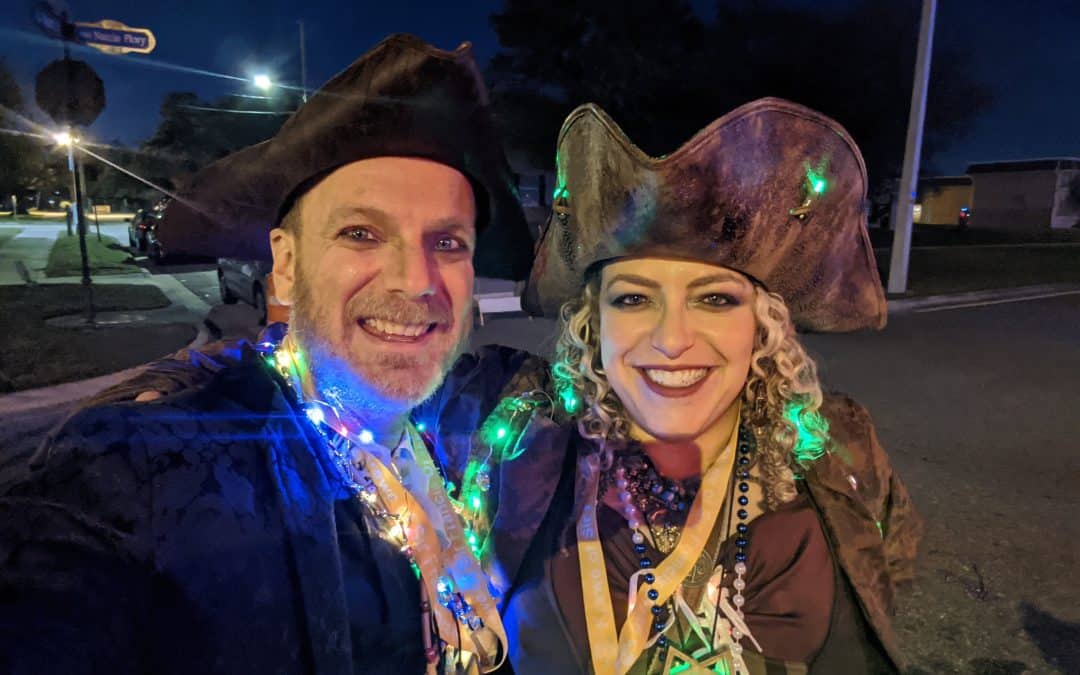 This year we experienced our first taste of the famous Gasparilla season in Tampa by being guests of the Krewe of Sir Francis Drake in the Krewe of Sant’ Yago Illuminated Knight Parade. This parade takes place at night in Ybor City, two weeks after the ‘big’ Gasparilla parade.

We discovered the Krewe of Sir Francis Drake when Liv was researching online about ADA seating for the parade. She didn’t find much info on the official parade site, but she came across a story about the first ADA compliant and fully accessible float in the US. This float was created by the Krewe of Sir Francis Drake. She quickly reached out to them and arranged for us to be guests of the Krewe for the parade.

The experience of the parade was crazy fun. The entire Krewe was so very kind and welcoming. The atmosphere was full of smiles and happiness.

In our video, we cover everything from the parade staging, walking with the float in the parade, walking back along the parade route, and the after parties. It was a fantastic night and it shows!